The Advantages of Using Babbitt in Wire Form

The Advantages of Using Babbitt in Wire Form 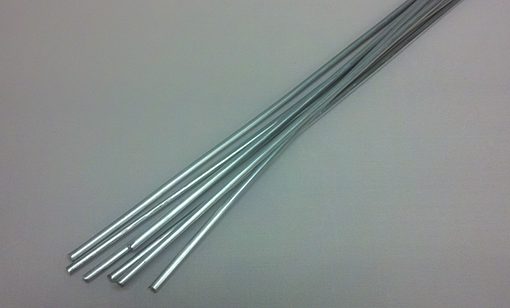 You may have heard that Babbitt alloys are commonly used for ball bearings, but did you also know that it can be used as metal wire for spray applications. When Babbitt is used in a spray application, the deposition rate and speed are increased, resulting in faster production, less waste and less cost.

Babbitt alloy can be composed of several different metals, including tin, copper, antimony and lead, depending on the intended application and desired properties. The most common Babbitt wires are either tin or lead-based.

Babbitt alloy wire can be used for various types of spray applications, including flame spraying. This is due to its soft composition, high travel speeds and low levels of splatter. These positive attributes allow Babbitt to be used to coat other objects and materials easily and cost-effectively.

Flame spraying with Babbitt involves using an oxygen and gas or propane torch and feeding the wire into the flame so that it melts rapidly. The molten metal is then systematically sprayed onto the object. The process is simple enough that it can be performed in a dedicat4ed machine shop or performed on-site.

Babbitt wire is most often flame sprayed onto ball bearings in order to decrease wear and tear on the bearing in the event that the lubricant runs low. It can also be used to repair certain machine parts, like pistons and saw blades where the previous surface has worn thin and a new coating needs to be applied.

Here at Belmont Metals in Brooklyn, NY, we are proud to be able to offer lead and zinc-based Babbitt wire in a variety of thicknesses and lengths. When you order our Babbitt wire, you can expect that it will meet or exceed your specifications and that it has been manufactured under the strictest metallurgical control in order to provide you with consistent coatings and reliable surface bonding.