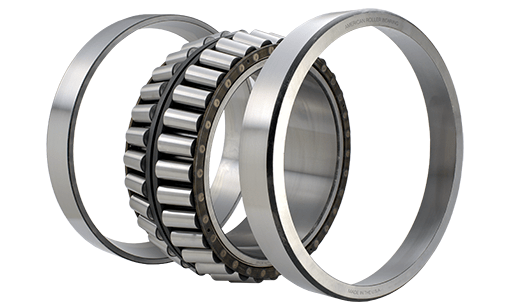 When it comes to Babbitt metal, this soft metal has amazing properties when used as a bearing material. Manufacturers can use Babbitt metal to perform bearing repairs or to create new bearings that are lined with this material. It can bond to steel, cast iron and bronze as it has fluid forming capabilities. It is conformable while being corrosion resistant. The material can withstand varying heavy loads and have a good run in when used against other shaft materials such as steel. Babbitt metal is available as ingot, and as wire for flame spraying applications as well as metalizing applications.

There are two main Babbitt materials that are generally in use: tin-based Babbitt and lead-based Babbitt. Let’s talk about the differences of these materials as well as their applications.

Tin-based Babbitt is a material that contains more than 80% of tin alloy. The material may also contain lesser parts of antimony, lead and copper. You can find some tin-based Babbitt that is completely lead-free if you are using it in machinery that will handle or transport food. Although Babbitt is considered a soft metal, the tin adds a hardness to its characteristics to offer more load-carrying capabilities.

One of the reasons that manufacturers select tin-based Babbitt is that it provides low wear as well as low friction resistance. It flows well when under pressure, which is ideal when used with machinery where there may be inadequate lubrication along bearings and shafts that are operating at high speeds. It can absorb dirt particles from lubrication systems that become trapped into the metal surface. Yet tin-based Babbitt will not seize or gall during metal-to-metal contact.

The high thermal-connectivity of tin-based alloy allows it to carry heat away from machinery. So hot spots are less of a problem that can break down moving machine parts.

Due to having high load capabilities, tin-based Babbitt bearings can be used in compressors, electric motors, heavy machinery, and marine work. A common trade name for some tin-based Babbitt is Tuftin, which is sold through our Jackson Wheeler brand.

Lead-based Babbitt is another common bearing material as it will contain 75% or more of lead alloy. Most commonly-used, lead-based Babbitt will also contain tin as well as antimony. This material has excellent corrosion capabilities, which makes it ideal for shipboard applications and other work where there will be high humidity and moisture. Like tin-based Babbitt, lead-based Babbitt also provides good frictional capabilities and can adhere well to both bronze or steel. It also can wear well, as it is desired in machinery that will be in operational use for long periods of time.

Lead-based Babbitt is an economical alloy as it can be used for general purpose machinery, line shafting, and machine shops. It can also be used in farm machinery, cement machinery, conveyors, elevator applications and steel mill machinery.

Determining the Right Babbitt to Use

Here at Belmont Metals, we are helping manufacturers and companies decide on the right metal alloys for their applications. If you are considering either lead-based or tin-based Babbitts, give us a call today for technical information.