Pure Bismuth: Characteristics of This Metal

Pure Bismuth: Characteristics of This Metal 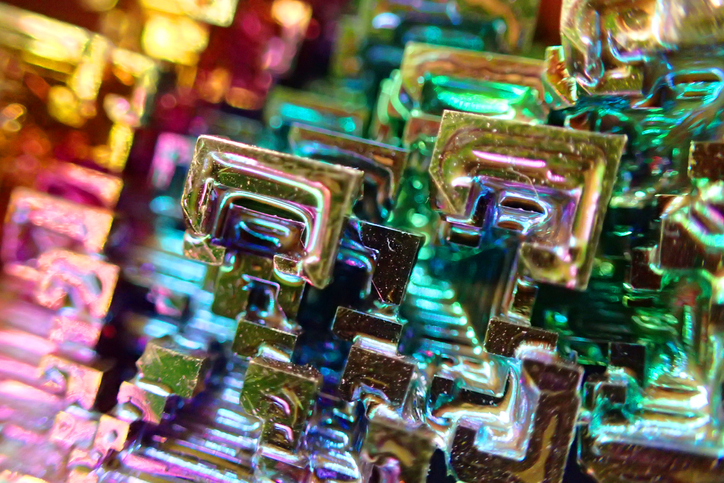 Bismuth is an element that we often hear about in offhand ways yet don’t know a lot about at first. It is a crystalline element that comes in various colors ranging in white, purple, pink and silver. In its pure form, people will often think it is lead. Bismuth is widely used in the manufacturing industry either as a base metal or as an additive to create alloys that will have specific properties for applications.

Bismuth metal by itself is very brittle. It’s for this reason why it is often used as an alloying element. It is also non-toxic and can replace alloys that may come in human contact or be ingested, such as lead. When bismuth is near objects or environments with magnetic fields, it is repelled as it resists being magnetized.

Bismuth has a high electrical resistance. On the other hand, it has a very low thermal conductivity. So for applications where heat transfer should be minimal when there are electrical currents present, bismuth works well for these applications. Bismuth also has a very low melting point, as it will melt below the water’s boiling point. It is often alloyed to create low melting fusible alloys.

The more bismuth that is added into an alloy, the more the alloy will grow after the melt as it solidifies. If around 50% of bismuth is added, there will be little changes. Manufacturers who are performing casting will weigh in this factor when dealing with metals that may shrink during solidification. They will adjust the bismuth ratio so that the product can be taken out of the mold as it shrinks but then expand to the desired shape and form.

Bismuth will also often be added into the melt as a grain refiner. It changes the macrostructure of casted metal to improve machinability and to allow for extrusion processes. It can also be used as a carbide stabilizer for iron.

When in its pure form, bismuth can be used as a solder to hold metal and plastic parts together. A fascinating application for this alloy is its use in fire extinguishers. Since the metal will melt at low temperatures, it is used as valve. When a fire is present, the bismuth will melt away and activate the safety device to spray water down onto the flames.

Here at Belmont Metals, we offer 99.99% pure bismuth in shot, needles, powder and bars for manufacturers. The size and shape of the bismuth can be adjusted to allow for the right melt when added with other metals. If you are looking for bismuth alloys, low melting alloys containing bismuth, or pure bismuth, we can provide you with a variety of options that will be appropriate for your application.