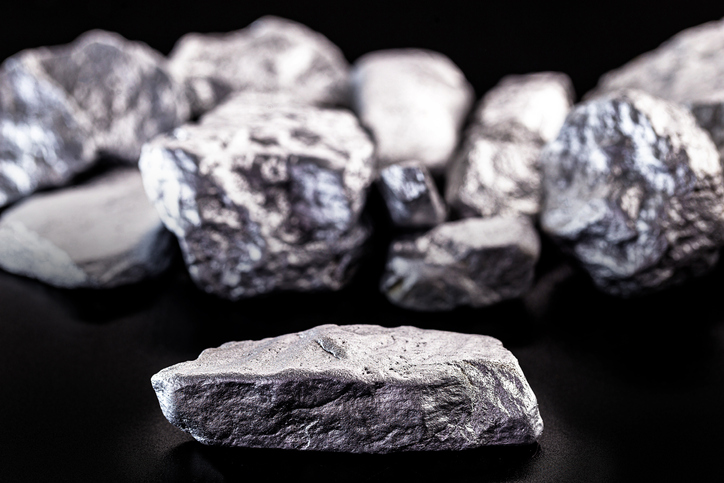 When it comes to using certain metals in manufacturing processes, the pure state of the element cannot be used due to having negative properties. In the case of manganese, this metal is too brittle to be used on its own. However, when it is used as an additive in other base metals such as steel, iron, and super alloys, manganese provides a wealth of benefits that include adding a stiffness and hardness to these metals. With these mechanical and structural characteristics, the popularity of manganese is increasing as its application use is spreading.

Manganese is a slivery white metal that is very brittle in its pure form and cannot be worked. While it has several compounds and components that are ferromagnetic, this metal is not considered one like iron. Yet it can be added to other ferromagnetic metals to improve their qualities. When added into the melt for carbon steel, tool steel, stainless steel, or high temperature steel, manganese increases the steel’s stiffness, hardness and strength.

It also provides these qualities to other metals, such as cast iron and super alloys. The metal may be added to non-ferrous metals such as aluminum, copper, magnesium and zinc to deoxidize the metal by removing gases during the melt. It can also be used as a sulfur-fixing metal to reduce corrosion.

Manganese is the fifth most abundant metal in the world. Yet it is mainly mined in the countries of Brazil, Australia, and Gabon as well as other countries on the continent of Africa. The top importers for this metal include China, Norway, Japan, South Korea and India. Since it is considered a strategic material in the United States, the government has stockpiled it since 1916.

Manganese is found in numerous industries including manufacturing, construction, machinery, transportation, textiles, medicine and agriculture. As of today, 85% to 90% of total domestic manganese demand is in the steelmaking industry. Ferromanganese and silicomanganese are the two types of ferroalloys used in production of steel. Some common applications for manganese are creating structural alloys, being used as an oxidizing agent, used in welding, and placed into glazes and varnishes.

Another product that is in high demand for manganese is battery manufacturing. Along with cobalt and lithium, manganese is used to create the cathode in lithium ion batteries that are used in a variety of electronics including laptops, phones and electric vehicles. Due to the increasing uses in the electronics’ industry, manganese will still be sought after as mining, importing and exporting processes will continue at a high demand into the foreseeable future.

Here at Belmont Metals, we provide 99.9% electrolytic manganese and manganese powder for manufacturers of all sizes. Contact our technicians today for more information about this product and how it can be used in your applications.