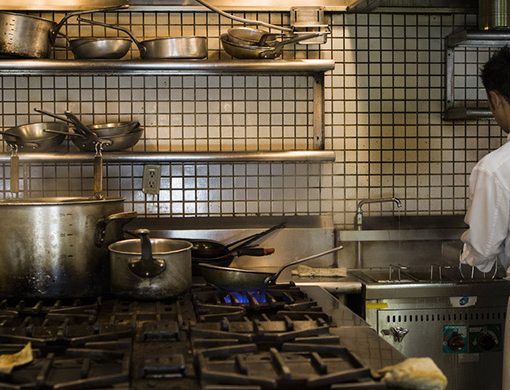 Bearings play an integral role in machine efficiency by reducing friction between moving parts. The earliest recorded examples of bearing usage date back to the Romans, and in the year 1500, Leonardo da Vinci sketched a design for a helicopter that incorporated ball bearings. Today, common types of bearings include ball bearings, split bearings and roller bearings.

Bearings can be manufactured from a variety of materials to ensure they provide maximum performance. Babbitt alloys often are used in the manufacture of either new bearings or the re-lining and repairing of spent and broken bearings. Babbitt alloys are named after Isaac Babbitt, a trained goldsmith who, in 1839, patented an alloy—made up of 89 percent Tin, 9 percent Antimony and 2 percent Copper—that was a close cousin of ASTM B-23 Grade 2. Today, the term Babbitt refers to any one of several alloys that are used as a thin surface layer on bearings made from cast iron, steel or bronze.

Initially, the inherent softness of a Babbitt alloy seems to indicate that it might be unsuitable for bearing applications. However, Babbitt metal is classified as a metal matrix composite, which means it contains hard crystals embedded in softer material. This structure means a Babbitt alloy is resistant to galling but easily wears away, becoming the lubricant in the event of a lubrication failure and protecting the steel shaft. Babbitt metals are simple to cast and quickly bond to the surface of a cast iron, steel or bronze bearing. In addition to the traditional method of pouring a molten Babbitt alloy to form the surface of a bearing, Babbitts also can be sprayed onto a bearing’s surface using wire in metallizing equipment.

Babbitt alloys can perform effectively under a wide variety of conditions. The most diverse Babbitt is ASTM B23 Grade 2, which is used for high-speed, low-pressure applications; however, Babbitts are available in both softer and harder formulations for applications requiring high speed, high loads, and high shock applications. Special high-purity, Lead-free Babbitt alloys can be used for bearings in applications such as commercial ovens, material pumps and transport equipment used for handling food-grade materials.

Manufacturers should review several factors when selecting a Babbitt alloy. The most important consideration is the speed of the shaft and the load the bearing will carry. High-Tin alloys are the best choice if a bearing will be highly loaded, and Lead-based Babbitts are a more economical choice for slower-speed work and bearings with lighter loads.

If a Babbitt alloy is properly selected, it will perform reliably in an application. Babbitt metals manufactured by Belmont Metals, Brooklyn, N.Y., are produced under strict metallurgical controls to ensure they have sufficient softness for comformability and embeddability. Belmont Metals offers a broad range of Tin-based and Lead-based Babbitt alloys and encourages customers to inquire about Cadmium-based, Copper-based, Aluminum-based and Zinc-based bearing alloys. Belmont’s Babbitt metals are sold in 40-pound ingots or in smaller six to eight-pound ingots, with five sections, as well as wire for flame spraying and metallizing applications.